B+N Referencia Zrt. is the sole facility operator in Hungary with a research and development (R&D) department. The experts working here shape the future of the cleaning industry. Developing robots is an extremely complex, interesting and challenging work where engineers often face problems that are not yet resolved worldwide.

Robotics started at B+N Referencia Zrt. five years ago. “In the first year, the goal was to get to a rudimentary state as proof of concept. We created a device that looked like a robot, but it was still very far from its current state” – told Péter Zalka, Head of R&D at B+N to ITmap. After the initial successes, the task was to produce a tool capable of delivering complex cleanig tasks.

The innovations went so well that the department created 20 robots – still active today. The team grew along with the goals: hardware engineers and electronics professionals joined in. Today 20 professionals are working in the lab on new generation devices, which adapt to current market needs and fit into the company’s cleaning portfolio.

“In addition to cleaning robots, we deal with other projects as well. For example, we started developing UV disinfecting robots long before COVID – they soon enter prototype phase. During the epidemic, we built UV devices for disinfecting public transport vehicles. Artificial intelligence also plays an increasingly important role: we produce algorithms that support the autonomous movement of robots”- highlighted Csaba Csathó, Software Developer.

In an industry of primarily manual labour, the R&D team collects information on various activities. The company currently has 78 robots, most of which have been working in the field since early 2022.

Knowing exactly where and what each robot is doing means a lot of data. One of the challenges for the near future is to integrate all this information into a single platform providing more effective decision support.

Full automation is neither a goal nor feasible

“We are currently working on the development of a neural network that supports intelligent obstacle-detection, as well as decision-making and image processing” – Péter Zalka gave insight into current developments.

“Cleaning robots orient themselves with their sensors. When people hear of mapping with a robot, many think of traditional GIS (Graphical Information System), but we face different problems. For example, we need to find out where a robot is in a given environment. The map is divided into areas that the robot should traverse with as little overlap as possible. Currently, this is not based on AI (Artificial Intelligence), but we are developing in this direction. The limitation of the sensors is the biggest difficulty, not only for us but for all our competitors. For example, the robot’s cameras do not „see” glass walls. We overcome this problem by using ultrasonic sensors. Each sensor of the robot sees a different slice of the world, from which a representation must be formed that enables safe spatial movement”- explained Csathó.

As the experts told ITmap, the robots weigh about 300 kg each, which is robust. Full automation is therefore neither a goal nor feasible. An autonomous machine of this mass cannot operate without human intervention for safety reasons. The cleaners function as operators, supervising the work of the robot, and cleaning in places where the equipment does not reach.

Robots must fit into hospital corridors

“When we assessed the market needs, we thoroughly examined the aspects of practical implementation. One such aspect was the size. Our robot is smaller than similar ones on the market to fit in an average-sized elevator, or a 2,5-meter wide corridor- typical in hospitals. Another crucial point was that one person should be enough to manoeuvre it. The amount of human interaction needed depends on the area. In a hospital, the cleaner always goes along with the robot, they are cleaning together. Whereas a closed departure side of an airport is a completely different terrain, robots can be released more freely in such huge areas” – Zalka explained.

Interestingly, there has been little development in the market globally in recent years. There are only a few companies in the market for cleaning robots and all teams face the same difficulties working to transform a long-standing industry. 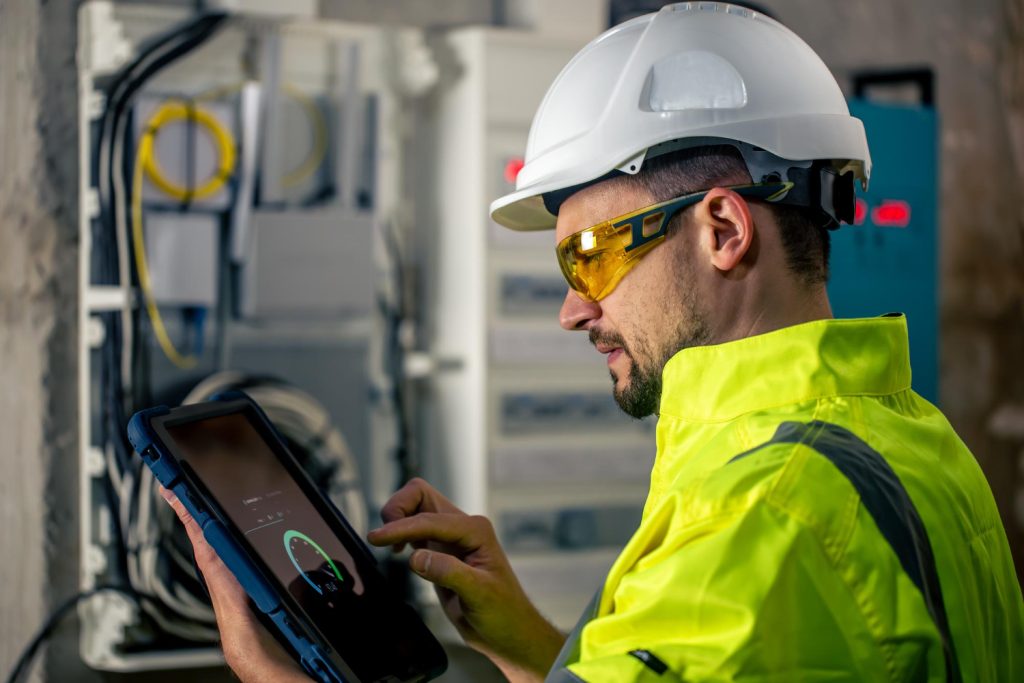